Actor and model Adam Senn, who worked with notable designers such as Gucci and Dolce & Gabbana. As an actor, he has been in films alongside star celebrities like Meagan Good, Eric Roberts, Haylie Duff, and Natalie Martinez. His television credits include Hit the Floor, Law & Order: SVU, and The City. Born as Edward Adam Senn on April 10, 1984, in Paris, France, Adam was raises in Sugar Land, Texas. He was discovered in a hotel lobby by a talent agent after a modeling convention. 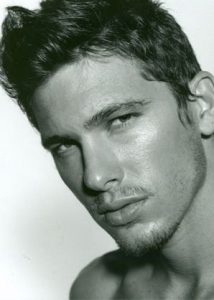 Adam Senn Education:
He studied theater as a child and through out high school.
He attended Atlantic Theater.

Adam Senn Facts:
*He was born in Paris and was raises in Sugar Land, Texas.
*He owns a restaurant, called Il Bastardo, in New York City.
*Follow him on Twitter, and Instagram.