Maddie Ziegler is an American dancer, model and actress. She first achieved recognition for appearing in Lifetime’s reality show Dance Moms from 2011 until 2016. She received further recognition for starring in a series of music videos by Sia, including “Chandelier” and “Elastic Heart”. In 2016, she provided the voice of Camille Le Haut in the animated film Ballerina, and starred as Christina in the feature film The Book of Henry (2017). Born Madison Nicole Ziegler on September 30, 2002 in Pittsburgh, Pennsylvania, USA, to parents Melissa Gisoni and Kurt Ziegler, she belongs to German, Italian, Polish, and Scottish descent. She started dancing at the age of two. Her mother enrolled her and her younger sister, Mackenzie Ziegler, in dance classes at a local studio. She dated Instagram star Jack Kelly from 2017 until mid 2018. 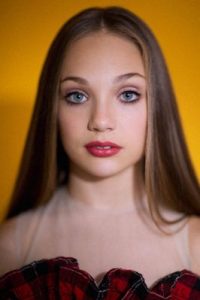 Maddie Ziegler Facts:
*She was born on September 30, 2002 in Pittsburgh, Pennsylvania, USA.
*Starting at age 2, Maddie began dancing.
*Became the first dancer to be at the top of the pyramid in Dance Moms.
*Her favorite dance styles are tap and lyrical.
*She released her own clothing line called Maddie Style in 2017.
*She is best friends with Kalani Hilliker, Millie Bobby Brown, Kendall Vertes, and Mackenzie Ziegler.
*She has two pets dogs, Molly and Maliboo.
*Visit her official website: www.thezieglergirls.com
*Follow her on Twitter, YouTube, Facebook and Instagram.