Singer, YouTuber, actress and former gymnast who became recognized as one of the three siblings featured on the family vlog YouTube channel Bratayley. Annie has been appeared in online videos since she was four years old and has an extensive online following. LeBlanc starred as Rhyme McAdams on the Brat web series Chicken Girls and Jo Chambers in the original series, A Girl Named Jo. She also starred as Rhyme McAdams in Chicken Girls: The Movie. She also portrayed Lex in the Nickelodeon buddy comedy television series Side Hustle. From 2010 to 2019, LeBlanc starred on the Bratayley family vlog and the YouTube Red Originals series We Are Savvy from 2016 to 2018. She has over 18 million fans on TikTok and more than 9 million followers on Instagram. Born Julianna Grace LeBlanc on December 5, 2004 in Augusta, Georgia, to parents Katie and Billy LeBlanc, she has a younger sister named Hayley and had an older brother named Caleb who passed away in 2015 due to Hypertrophic Cardiomyopathy. Annie started taking gymnastics classes when she was two years old, and her family started posting videos of her online when she was three. In 2019, Annie began dating actor Asher Angel. 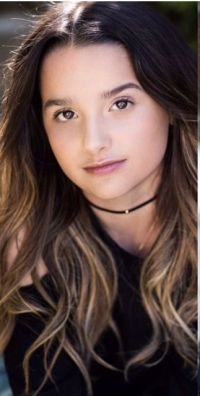 Annie LeBlanc Facts:
*She was born on December 5, 2004 in Augusta, Georgia, USA.
*Her older brother Caleb Logan Leblanc passed away in 2015 due to Hypertrophic Cardiomyopathy.
*She was in gymnastics for 9 to 10 years.
*She quit gymnastics in 2017.
*She won the Shorty Awards for Muser of the Year in 2018.
*Business Insider called her one of the “most famous teens in the world” in December 2018.
*She won the Teen Choice Awards for Choice Music Web Star in 2019.
*She collaborates with her sister Hayley on the channels Bratayley and OMMyGoshTV.
*Her favorite animal is a horse.
*Follow her on Twitter, YouTube, Facebook and Instagram.