Kim Kardashian is an American model, actress, reality television personality, entrepreneur and socialite. She rose to fame through appearing on the E! reality TV series Keeping Up with the Kardashians alongside her family. She is also known for her appearances on the show’s spin-offs Kourtney and Kim Take Miami and Kourtney and Kim Take New York. Born Kimberly Noel Kardashian on October 21, 1980 in Los Angeles, California, she is the daughter of Robert Kardashian and Kris Jenner and sister of Kourtney Kardashian, Khloé Kardashian and Rob Kardashian, and half-sister of Kendall Jenner and Kylie Jenner. She graduated from Marymount High School in Bel Air, California in the Class of 1998. Kardashian first gained media attention as a friend and stylist of Paris Hilton and received further recognition after releasing a 2002 sex tape, Kim Kardashian, Superstar, with her then-boyfriend Ray J in 2007. She is married to rapper Kanye West with whom she has four children. She was previously married to Kris Humphries and Damon Thomas. 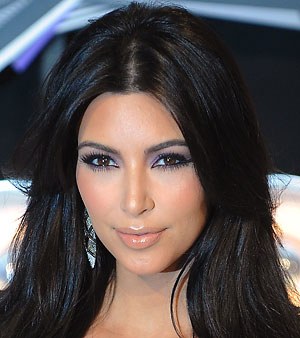 Kim Kardashian Facts:
*She was born on October 21, 1980 in Los Angeles, California, USA.
*She is one of three daughters of Robert Kardashian, a lawyer who represented O.J. Simpson in the famous murder trial.
*She is the granddaughter of Mary Houghton and Arthur Kardashian.
*She started her career as a model.
*She gained fame on the reality television program Keeping Up with the Kardashians.
*In 2013, she appeared in West’s music video for “Bound 2”.
*In 2015, she was named one of Time magazine’s 100 most influential people.
*She is a Democrat and attended the 2012 Democratic National Convention in support of President Obama’s re-election.
*She is good friends with Brittny Gastineau, Rachel Roy, Ciara and La La Anthony.
*Her favorite shows are Forensic Files, The Oprah Winfrey Show and Sex and the City.
*Her favorite books are “The Purpose-Driven Life” by Rick Warren and “Tuesdays With Morrie” by Mitch Albom.
*Her favorite artists include Taylor Swift, Jennifer Lopez, Alicia Keys, Usher Raymond, Lady Gaga, and Beyoncé.
*Her favorite movies are The Notebook and Clueless.
*Her favorite supermodels are Linda Evangelista and Cindy Crawford.
*In 2014 she married rapper Kanye West.
*In late 2017, she was diagnosed with carpal tunnel syndrome.
*She has dated Reggie Bush, Nick Lachey, Miles Austin, Ray J, Nick Cannon, Shengo Deane and Gabriel Aubry.
*Visit her official website: www.kimkardashianwest.com
*Follow her on Twitter, YouTube, Facebook and Instagram.