Anaika Soti is an Indian film actress who appears in Telugu, Tamil and Hindi films. The young actress made her Bollywood debut with director Ram Gopal Varma’s Satya 2 in 2013. She played Princess Rangamma in Tamil period fiction film Kaaviya Thalaivan, for which she received Filmfare Award for Best Supporting Actress-Tamil nomination. 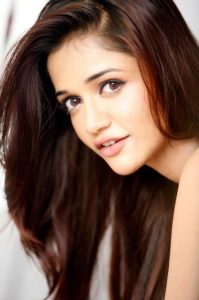 Anaika Soti Facts:
*Anaika was born in Lucknow, Uttar Pradesh to Hindu family.
*She made her film debut in Ram Gopal Varma’s Satya 2 (2013).
*Follow her on Facebook and Instagram.