Arie Luyendyk Jr. is a Dutch-born American auto racing driver and reality TV personality. He is the son of two-time Indianapolis 500 winner and Indianapolis Motor Speedway speed record holder Arie Luyendyk. He is notable for competing in the Indy Lights Series where he finished 2nd, 3rd and 4th in the Championship over a number of years. He finishied as runner-up in the 8th season of The Bachelorette and starred in the 22nd season of its sister show The Bachelor. Born on September 18, 1981 in ‘s-Hertogenbosch, Noord-Brabant, Netherlands, to parents Arie and Mieke Luyendyk, his family immigrated to the United States when he was just three years old. He has two younger twin brothers named Alec and Luca and a younger sister named Maida. Arie started racing carts in 1992 and joined the Sports Car Club of America at the age of 16. He has been married to Lauren Burnham since January 12, 2019. Together they have one daughter, Alessi Ren Luyendyk. 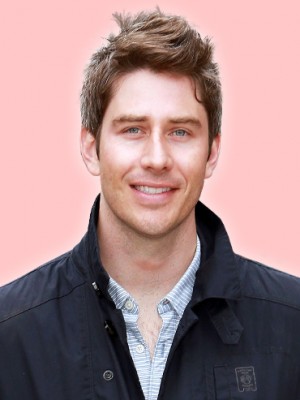 Arie Luyendyk Jr. Facts:
*He was born on September 18, 1981 in ‘s-Hertogenbosch, Noord-Brabant, Netherlands.
*He immigrated to the United States with his family at the age of three.
*He began racing carts in 1992 and became a professional driver at the age of sixteen.
*He was a contestant on the 8th season of The Bachelorette.
*He also starred in the 22nd season of The Bachelor.
*He was listed Most Popular Driver in open wheel driving for four consecutive years.
*Follow him on Twitter, Facebook and Instagram.