South African model and actress who appeared as a cover girl for Playboy magazine’s April 2010 issue. In October 2010, Boucher was on the cover of Sports Illustrated. She has also appeared on several magazine covers including Cosmopolitan, and has modeled for FHM, GQ, Fila, Speedo, Sports Illustrated and Elle. In 2011, Boucher appeared in the Bollywood film Aazaan. 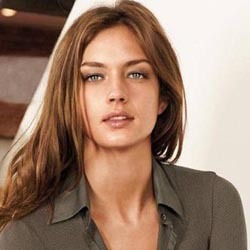 Candice Boucher Education:
She graduated from High School, and moved to Cape Town to pursue modeling.

Candice Boucher Facts:
*She was born on October 17, 1983 in Durban, South Africa.
*She began modeling during her last year of high school and got her first job with a South African clothing company.
*She became the new model for Guess in 2009.
*She appeared in Sports Illustrated Swimsuit magazine issue in 2006, 2008, 2009 and 2010.
*She appeared as a cover girl for Indian magazine L’Officiel in October 2011 edition.
*She currently resides in New York City.
*Follow her on Twitter, Facebook and Instagram.