Marie Rachel Salman Taleon, better known as Dawn Zulueta, is a Filipino actress, host and commercial model who first appeared on television as a model for a toothpaste commercial, immediately catching the attention of the public. She rose to stardom with roles in The Maggie Dela Riva Story…God Why Me, Maalaala Mo Kaya: Tsinelas, Walang Hanggan, Bukas Na Lang Kita Mamahalin, etc. She is the only person in Philippine movie history to ever win both the Filipino Academy of Movies Arts and Sciences (FAMAS) awards for Best Lead Actress and Best Supporting Actress in 1991. She has been married to Anton Lagdameo since December 27, 1997. They have two children, Ayisha Madlen and Jacobo Antonio. 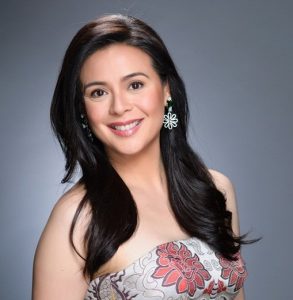 Dawn Zulueta Education: Immaculate Heart Of Mary College
*She studied at the Karilagan in Magallanes and Assumption College for her elementary education, and Colegio de Santa Rosa for high school.

Dawn Zulueta Facts:
*The only person in Philippine movie history to ever bag two acting awards in a single ceremony from any awards night.
*She met her future husband in January 22, 1996 on his birthday.
*In 1985, she started career as an actress with a minor role in Nakagapos na Puso.
*Follow her on Twitter, Facebook and Instagram.