Debi Mazar is an American actress and television personality who rose to prominence by portraying the role as press agent Shauna Roberts on the hit HBO television series Entourage. She is also known for her Jersey Girl-type roles, as well as playing sharp-tongued women. Debi Mazar was born on August 13, 1964 as Deborah Mazar in Queens, New York City, New York to Nancy and Harry Mazar. She married Gabriele Corcos in 2002. They have two daughters, Giulia Isabel, and Evelina Maria. 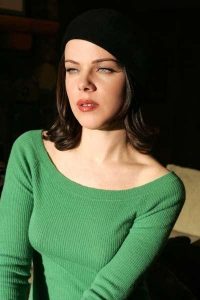 Debi Mazar Facts:
*She has stayed friends with Madonna for a long time.
*Before she became a star, she was a beautician.
*She speaks fluent Italian.
*Her father, Harry Mazar, was born in Latvia, and was of Jewish heritage, but raised Roman Catholic.
*Follow Debi Mazar on Twitter, Facebook and Instagram.