Diane Farr is an American actress as well as the author of two books. She is best known by the public for her roles as FBI agent Megan Reeves on the CBS show Numb3rs and Firefighter Laura Miles on Rescue Me. In addition to acting, she has written two internationally known books, The Girl Code, in 2001 and Kissing Outside the Lines, in 2011. Born on September 7, 1969 in Manhattan, New York, USA, to Patricia and Thomas E. Farr, she grew up as a Catholic and later became an atheist. She belongs to Irish and Italian descent. Since June 24, 2006, she has been married to Seung Yong Chung, with whom she has three children: a son, Beckett Mancuso and twins, Sawyer Lucia and Coco Trinity. 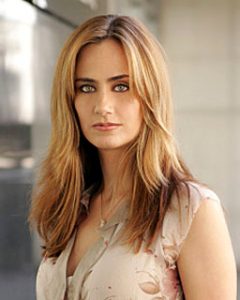 Diane Farr Facts:
*Grew up as a Catholic, she is now an atheist.
*She began modeling at the age of 12.
*She is close friends with Pauley Perrette.
*Follow her on Twitter and Google+.