Ellen Rona Barkin, born April 16, 1954, is an American actress, known for her roles in the films Buckaroo Banzai, The Big Easy, Sea of Love and Switch. She was born and raised in the Bronx in a “middle class Jewish home”. All four of her grandparents were Russian Jewish immigrants. She was previously married to Ronald O. Perelman (2000-2006) and Gabriel Byrne (1988-1999). She has one son, Jack, and one daughter, Romy Marion. 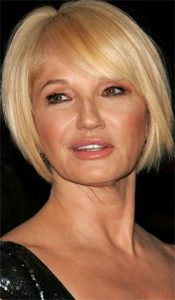 Ellen Barkin Facts:
*She is of Jewish descent.
*Her favorite actor to work with is Al Pacino.
*She wanted to teach ancient history.
*Her breakthrough role was in the 1982 comedy-drama film Diner.
*Follow her on Twitter.