Emmanuelle Béart is a French actress known for roles in the films Manon des Sources, A Strange Passion, La Belle Noiseuse, A Heart in Winter, Nelly and Mr. Arnaud, Mission: Impossible, Sentimental Destinies and 8 Women. Born as Emmanuelle Marie Hélène Béart in Gassin, Var, France, Emmanuelle is the daughter of Guy Béart, a singer and poet and Geneviève Galéa, a former model. She is of Jewish descent on her father’s side, and of Croatian, Greek and Maltese descent on her mother’s side. She was previously married to Michaël Cohen and Daniel Auteuil. 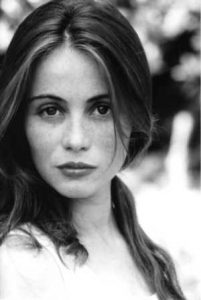 Emmanuelle Beart Facts:
*She belongs to Jewish, Croatian, Greek and Maltese descent.
*She attended drama school in Paris.
*One of Empire magazine’s 100 Sexiest Stars in film history (1995).
*In 1997, she was placed #19 of Sci-Fi’s Sexy 50, by Femme Fatales magazine.
*Follow her on Twitter, Facebook and Instagram.

“If a man or woman has something redone it is because he or she can no longer live with that part of their body, it is no longer bearable. Either they get help and find the strength to fight or they proceed with the act.” – Emmanuelle Beart