Gabriel Macht is an American actor, producer and director. He is best known for his roles as The Spirit in the eponymous 2008 film adaptation, and Harvey Specter on the USA Network series Suits. Macht’s other notable works include Bad Company, The Others, A Love Song for Bobby Long, The Spirit, American Outlaws, S.W.A.T.: Firefight, Middle Men, and Because I Said So. Born Gabriel Swann Macht on January 22, 1972 in The Bronx, New York City, New York, to Suzanne Victoria Pulier and Stephen Macht, he has three siblings, Jesse, Ari Serbin and Julie. He attended Beverly Hills High School. After graduating from Beverly Hills High School in 1990, Macht attended Carnegie Mellon College of Fine Arts, where he graduated in 1994. He made his film debut in 1980 with comedy/drama film, Why Would I Lie?, for which he was nominated for the Best Young Motion Picture Actor Award. He has been married to Jacinda Barrett since December 20, 2004. They have two children. 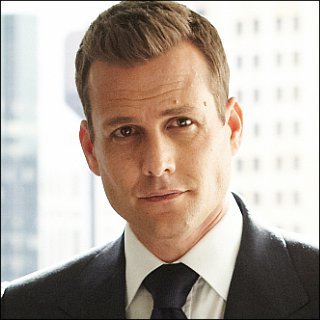 Gabriel Macht Facts:
*He was born on January 22, 1972 in The Bronx, New York City, New York, USA.
*He is of Ashkenazi Jewish descent.
*He has acted since he was 8-years-old.
*He is a huge fan of New York Yankees.
*He is a vegetarian and practices green living.
*Follow him on Twitter, Facebook and Instagram.