Georgina Haig is an Australian actress. She is best known for television roles as Zamira on The Elephant Princess, Lee Anne Marcus on Reckless, Henrietta “Etta” Bishop on Fringe, Elsa on Once Upon a Time, and Dr. Sophie Forbin on The Crossing. Haig’s other notable works include Underbelly, The Elegant Gentleman’s Guide to Knife Fighting, Maximum Choppage, Limitless, and Snowpiercer. 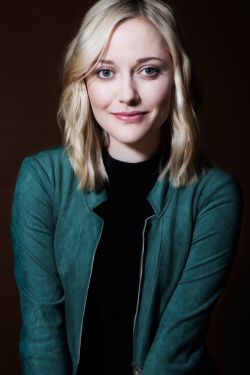 Born Michelle Georgina Haig on August 3, 1985 in Melbourne, Australia, to script writer/producer Russell Haig and fine artist Gillian Haig, she has one younger brother named Julian. Georgina graduated from the Western Australian Academy of Performing Arts in 2008. She married Australian actor Josh Mapleston in June 2014. They have a daughter together.

Georgina Haig Facts:
*She was born on August 3, 1985 in Melbourne, Australia.
*Growing up, she studied ballet and even managed to get Grade 8 from the Royal Academy of Dance.
*She played Queen Elsa in the season 4 of Disney series, Once Upon a Time.
*She portrayed the role of Henrietta Bishop in the 4th and 5th season of the science fiction series, Fringe.
*Follow her on Twitter, Facebook and Instagram.