Jake Lacy is an American television and movie actor. He is best known for portraying Casey Marion Davenport on the ABC sitcom Better with You from 2010 to 2011, and as Pete Miller on the ninth and final season of The Office from 2012 to 2013. He also starred as Fran Parker in the HBO comedy Girls and played Nick Beverly on the Showtime series I’m Dying Up Here. Lacy has also starred in such films as Obvious Child (2014), Carol (2015) and Diane (2018). Born Jameson Griffin Lacy on February 14, 1985 in Greenfield, Massachusetts, Lacy was raise in Pittsford, Vermont. He attended Otter Valley Union High School. He graduated in 2008 from the University of North Carolina School of the Arts (UNCSA) in Winston-Salem. On August 22, 2015, Lacy married his long-time girlfriend Lauren Deleo in Dorset, Vermont. 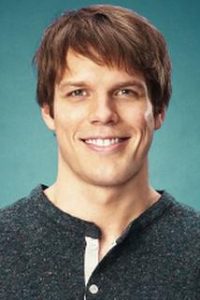 Jake Lacy Facts:
*He was born on February 14, 1985 in Greenfield, Massachusetts, USA.
*He used to work as a gym receptionist, a bar-back at a club and a waiter.
*He endorsed Senator Bernie Sanders for President in the 2016 U.S. presidential election.
*Follow him on Instagram.