Jaydy Michel is a Mexican actress and fashion model who has done modeling in Mexico and Europe. As an actress, she made her debut in the Spanish movie Isi/Disi, starring Florentino Fernández and Santiago Segura. She hosted the fourth season of Mexico’s Next Top Model in 2013. Born Jaydy Michel Brixon on December 20, 1973 in Guadalajara, Jalisco, Mexico, to a Mexican father and an American mother, she grew up in Puerto Vallarta. She started modeling at age 18 when she moved to Spain. In 2011, she married football player Rafael Márquez (aka Rafa Márquez), with whom she has a son named Leonardo. She was previously married to singer Alejandro Sanz, with whom she has a daughter named Manuela (b. July 2001). 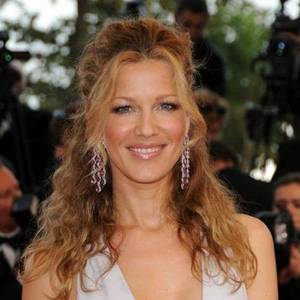 Jaydy Michel Facts:
*She was born on December 20, 1973 in Guadalajara, Jalisco, Mexico.
*Her father, Octavio Michel Peyro, is from Jalisco and her mother, Marie Brixon, is from Los Angeles.
*She started taking theater classes at age 10 and performed in many end of school shows.
*She appeared in the 2000 Larios Calendar.
*She appeared in the Spanish TV series ‘Mis Adorables Vecinos’ (2006).
*She was featured on the music video ‘Te Voy A Perder’ (2007) by Mexican singer Alejandro Fernandez.
*She began hosting Mexico’s Next Top Model in 2013.
*Visit her official website: www.jaydymichel.com
*Follow her on Twitter, Facebook and Instagram.