Jennifer Hawkins is an Australian model, television presenter and beauty pageant titleholder who was crowned Miss Universe Australia 2004 and Miss Universe 2004. She became a television presenter in 2004 after signing a contract with the Seven Network. Hawkins was the host of Australia’s Next Top Model, and was brand ambassador for Lovable Intimates, Mount Franklin Lightly Sparkling and Range Rover, and formerly the face of Australian department store Myer. 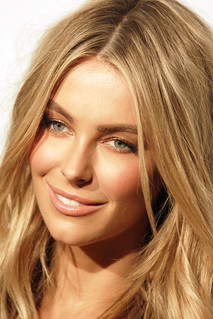 Born on December 22, 1983 in Newcastle, Australia, to parents Gail and Robert Hawkins, Jennifer is the youngest of four children, with brothers Brad and Michael and sister Kristy. She was educated at West Wallsend High School in West Wallsend, New South Wales. She married her boyfriend of 8 years model Jake Wall in June 2013. She has a daughter, Frankie Violet.

Jennifer Hawkins Facts:
*She was born on December 22, 1983 in Newcastle, Australia.
*She has two brothers named Brad and Michael, and a sister named Kristy.
*She was a cheerleader for the Newcastle Knights rugby league team, and the Hunter Pirates basketball team.
*She was crowned Miss Universe Australia 2004 and Miss Universe 2004.
*She was ranked #2 in the 2011 FHM (Australia) list of “100 Sexiest Women in the World”.
*Visit her official website: www.jenniferhawkins.com.au
*Follow her on Facebook and Instagram.