Jessalynn Siwa is an American television personality, dance instructor and entrepreneur. She is the mother of JoJo Siwa. Along with JoJo, Jessalynn began starring on Dance Moms early in Season 5. Born on December 8, 1974 in Iowa, USA, her mother, Kathy Lombardi, was a hair designer while her father worked in a waste manufacturing organisation. She has a sister named Tessa. Jessalynn first appeared on-screen in the 2nd season of Abby’s Ultimate Dance Competition. She is married to Tom Siwa, with whom she has two children. 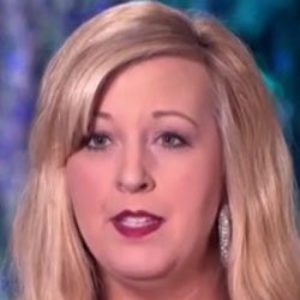 Jessalynn Siwa Facts:
*She was born on December 8, 1974 in Iowa, USA.
*She is the mother of JoJo Siwa.
*She worked as a dance teacher before she appeared in the Dance Moms.
*She owned her dance studio for twenty years.
*Rivals nicknamed her and JoJo’s act as the Jessalynn and JoJo circus.
*Has three dogs named BowBow, Lulu and Coco.
*She is friends with Kira Girard, Holly Hatcher-Frazier, Jill Vertes, Melissa Ziegler-Gisoni, Mark Meismer, and Ashlee Allen.
*Follow her on Twitter and Instagram.