Jodie Sweetin, born January 19, 1982, is an American actress and television personality, known for her appearances as Stephanie Tanner on the sitcom Full House and its sequel series Fuller House. Jodie was born in Los Angeles, California, USA as Jodie Lee Ann Sweetin. She was previously married to Morty Coyle (2012–2015), Cody Herpin (2007–2010) and Shaun Holguin (2002–2006). 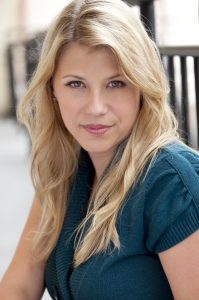 Jodie Sweetin Facts:
*She began her career as a 4-year-old, appearing in a hot dog commercial.
*She is an only child of her parents.
*She was the #3 Most Googled Actress of 2016.
*She was named after the Silence of the Lambs star Jodie Foster.
*She started drinking alcohol at the age of 14 just after the wrap up of Full House TV series.
*Follow Jodie on Twitter, Facebook and Instagram.