Joe Budden is an American rapper, best known for his hit song “Pump It Up”. He is a member of the American hip hop supergroup Slaughterhouse. Budden was born Joseph Anthony Budden II on August 31, 1980 in Spanish Harlem, New York City, New York, USA. He has a son named Trey. 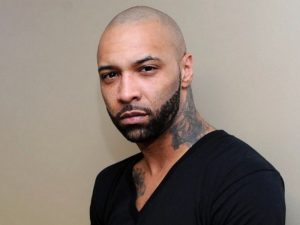 Joe Budden Facts:
*He is a member of the American hip hop supergroup Slaughterhouse.
*He entered a drug rehabilitation program at age seventeen.
*He is one of five boys (one older brother and three younger brothers–two are twin brothers).
*Follow Budden on Twitter, Facebook, YouTube, and Instagram.