Julian Ovenden is a British actor and singer. He has performed on Broadway and West End stages, in television and film, as well as in other theatrical productions. He starred in the lead role of J.M. Barrie in the Broadway production of Finding Neverland. In 2015 he portrayed the role of Captain Georg von Trapp in The Sound of Music Live, ITV’s live adaptation of the musical The Sound of Music. His other notable theatre work includes Merrily We Roll Along, Grand Hotel, Annie Get Your Gun, Marguerite, King Lear, and A Woman of No Importance. As a solo singer Julian has appeared with many of the world’s leading orchestras, including the New York Philharmonic, the New York Pops, The Northern Sinfonia, the London Philharmonic Orchestra, the John Wilson Orchestra, the Liverpool Philharmonic, the Royal Philharmonic Orchestra, the Royal Concertgebouw Orchestra and the BBC Concert Orchestra. Born Julian Mark Ovenden on November 29, 1976 in Sheffield, England, his father, Canon John Ovenden, is a former chaplain to the Queen of England. Julian read music at New College, Oxford on a choral scholarship. He made his Carnegie Hall debut in 2014 and followed it up with another headlining concert in 2015. He first appeared on British television in a recurring role over 5 seasons of Foyle’s War opposite Michael Kitchen. He also starred in two seasons of worldwide show, Downton Abbey (Series 4 and 5) as Charles Blake. He has been married to Kate Royal since December 20, 2010. They have two children: Johnny Beau Ovenden and Audrey Ovenden. 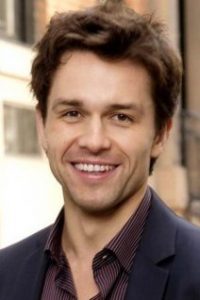 Julian Ovenden Facts:
*He was born on November 29, 1976 in Sheffield, England, UK.
*He was a child choir singer.
*He received choral scholarships to Eton and New College Oxford.
*In 2009, he performed in a theater adaptation of Annie Get Your Gun.
*He has a pet dog named Roman.
*Follow him on YouTube, Facebook and Instagram.