Julie Christie is a British actress. She is best known by the public as a pop icon of the ‘swinging London’ era of the 1960s. Her accolades include a BAFTA Award, an Academy Award, and a Golden Globe Award. She first gained attention via a BBC television series, A for Andromeda. Her breakthrough role came when she played Liz in the 1963 film Billy Liar. For her performance in Darling, she won an Academy Award. Her other notable film credits include Doctor Zhivago, Fahrenheit 451, The Go-Between, McCabe & Mrs. Miller, Don’t Look Now, Shampoo, Demon Seed, Separate Tables, Miss Mary, Afterglow, Finding Neverland and Away from Her. Born as Julie Frances Christie in Chukua, Assam, India, on April 14, 1941, to British parents Frank St. John Christie, and Rosemary (Ramsden), Julie grew up in her father’s tea plantation. She has been married Duncan Camplell since November 2008. 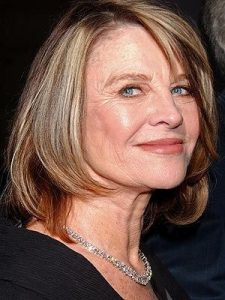 Julie Christie Facts:
*In 1995, Empire magazine ranked her #26 as one of the 100 Sexiest Stars in film history.
*She was named at number 5 in Hello Magazine’s 25 British Beauties.
*She was listed #9 in FHM magazine’s ‘100 sexiest women of all time’.
*She was named #34 in Celebrity Skin’s 50 Sexiest Starlets of All Time.
*She was ranked #29 in Mr.Skin’s Top 100 Celebrity Nude Scenes.
*Her favorite filmmaker is Rainer Werner Fassbinder.
*She is Al Pacino’s favorite actress.
*She is a big fan of actress Meryl Streep.
*She is friends with actresses Kate Winslet and Emma Thompson.
*She once dated musician Brian Eno.
*She was kicked out of two Catholic boarding schools.