Keemstar is an American YouTuber who operates the YouTube channel ‘DramaAlert’, where he has over 3.7m subscribers and growing. He is also the founding member and a host of the BaitedPodcast. He is also famous for his Twitter account where he has more than 2.48m followers. Born Daniel Keem on March 8, 1982, in Buffalo, NY, to Italian parents, he has one brother and one sister. He has an adopted daughter named Mia. 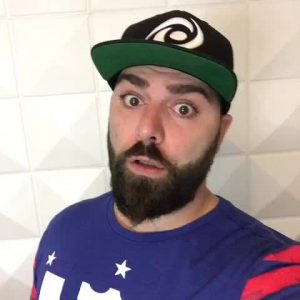