Kim Feenstra is a Dutch model. She is best known as the winner of the second cycle of Holland’s Next Top Model. Before her appearance on the show, Feenstra worked as a call girl. She also starred in the films In Love with Ibiza, Verliefd op Ibiza, and Mannenharten. Born on August 23, 1986 in Groningen, Groningen, Netherlands, to Addie Rozema, she is of Indonesian descent. She’s signed to Scoop Models in Copenhagen, Denmark, and MP Management in Milan, Italy. She was married to Michael Mendoza from 2010 until 2014. 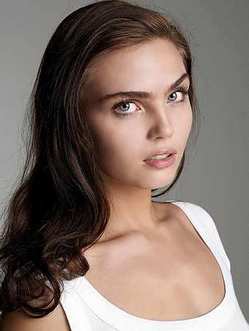 Kim Feenstra Facts:
*She was born on August 23, 1986 in Groningen, Groningen, Netherlands.
*She belongs to Indonesian descent.
*She won Holland’s Next Top Model in 2007.
*She worked as a call girl prior to auditioning for the second season of Holland’s Next Top Model.
*She appeared in the movie The Last Ottoman in a love scene with Turkish actor Kenan İmirzalıoğlu.
*Visit her official website: www.kimfeenstra.nl
*Follow her on Twitter, Facebook and Instagram.