LaRoyce Hawkins is an American actor, comedian, and musician. He is best known for his portrayal of Officer Kevin Atwater on NBC’s police drama Chicago P.D. He is also known for his a recurring roles in Chicago Fire and South Side. Hawkins has also appeared in various television series such as HBO’s Ballers, TBS’ Tyler Perry’s House of Payne, MTV’s Underemployed, and ABC’s Detroit 1-8-7. 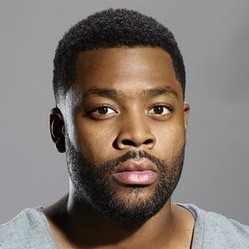 LaRoyce Hawkins Facts:
*He was born on May 4, 1988 in Harvey, Illinois, USA.
*His parents are Leah Bradley and Leah Bradley.
*He has one younger brother named La’Mar.
*Growing up, he lived with his grandparents until he was 13.
*He was educated at Thornton High School and Illinois State University.
*He got his first role playing Art Baker in the major motion picture The Express.
*He is a member of Omega Psi Phi fraternity.
*Visit his official website: www.laroycehawkins.com
*Follow him on Twitter, Facebook and Instagram.