Malik Yoba is an American actor. He is best known for his portrayal of NYPD Detective J. C. Williams on the Fox police drama New York Undercover, and for his role as Yul Brenner in the 1993 comedy film Cool Runnings. He is also notable for his roles as former FBI Special Agent Bill Harken on the Syfy drama series Alphas, as Corey Granville in Bull, as Jim Hudson in Revolution, and Vernon Turner in Empire. Born Abdul-Malik Kashie Yoba on September 17, 1967 in Bronx, New York, he is the fourth of six children to Mahmoudah Young and Abdullah Yoba. He made his film debut in 1993 with Cool Runnings. He has been married to Cat Wilson since December 21, 2003. He was previously married to Trisha Mann with whom he had a daughter named Dena and a son named Josiah. He has another daughter named Pria from his previous relationship. 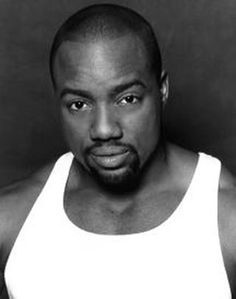 Malik Yoba Facts:
*He was born on September 17, 1967 in Bronx, New York, USA.
*He is the younger brother of Abdul-Rahman Yoba.
*He made his television debut in a 1993 episode of Where I Live.
*He is an honorary member of Phi Beta Sigma fraternity.
*Follow him on Twitter, Facebook and Instagram.