Moira Kelly is an American actress. She is best known for her portrayal of Kate Moseley in the 1992 film The Cutting Edge, and for her role as Karen Roe on the teen drama One Tree Hill. She is also known for roles such as Donna Hayward in Twin Peaks: Fire Walk with Me, Dorothy Day in Entertaining Angels: The Dorothy Day Story, Hetty Kelly and Oona O’Neill in Chaplin, and Mandy Hampton in the first season of The West Wing. She also provided the voice of Nala in Disney’s The Lion King, The Lion King II: Simba’s Pride, and The Lion King 1½. Born Moira Anne Kelly on March 6, 1968 in Queens, New York City, New York, USA, she is the third of six children to Anne and Peter Kelly. She was raised in Ronkonkoma. She attended Connetquot Senior High School in Bohemia, Long Island. After graduating from Connetquot Senior High School in 1986, Kelly attended Marymount Manhattan College. She made her professional acting debut playing teenager Cinnamon Brown in the fact-based made-for-TV movie Love, Lies and Murder. She has been married to businessman Stephen Eric Hewitt since August 5, 2000. They have two children: a son named Eamon and a daughter named Ella. 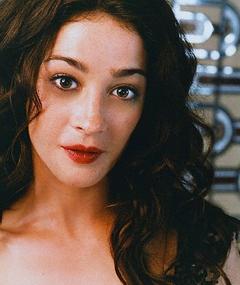 Moira Kelly Facts:
*She was born on March 6, 1968 in Queens, New York City, New York, USA.
*She was raised as a Catholic.
*Her father was trained as a concert violinist while her mother is a nurse.
*She was named as one of twelve “Promising New Actors of 1992” in John Willis’ Screen World, Vol. 44.
*Her husband, Stephen Eric Hewitt, is a Texas businessman with she has two children.