Peter Krause is an American actor of television and film. He is best known for television roles as Adam Braverman on Parenthood, Casey McCall on Sports Night, Nate Fisher on Six Feet Under, Nick George on Dirty Sexy Money, Benjamin Jones on The Catch, and Bobby Nash on 9-1-1. He won two Screen Actors Guild Awards for Outstanding Performance by an Ensemble in a Drama Series for his work in HBO’s Six Feet Under. Peter’s film credits include Beastly, Night Owls, Civic Duty, Saint Judy, and We Don’t Live Here Anymore. Born Peter William Krause on August 12, 1965 in Alexandria, Minnesota, his father was a high school English teacher and a social worker, and his mother was a second grade teacher. He grew up in Roseville, Minnesota, and has a sister Amy and a younger brother, Michael. He graduated from Gustavus Adolphus College in St. Peter, Minnesota, with a degree in English literature in 1987. He also has a MFA in Acting from New York University’s Graduate Acting Program at the Tisch School of the Arts. He made several guest appearances and had recurring roles on the television series in the 1990s. He has been in a long term relationship with actress Lauren Graham. He was previously in a relationship with Christine King with whom he had a son in 2001. 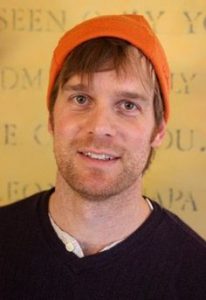 Peter Krause Facts:
*He was born on August 12, 1965 in Alexandria, Minnesota, USA.
*He was raised in Roseville, Minnesota.
*He currently resides in Los Angeles.