Ross Lynch is an American singer, songwriter, actor, and musician born in Littleton, Colorado. One of the founding members of the pop rock band R5, Ross Lynch is a vocalist and rhythm guitarist with his brothers Riker, Rocky and Ryland, sister Rydel, and Ellington Ratliff in the band. He is Known for his portrayal Austin Moon in the Disney Channel Original television series Austin & Ally since 2011. Born Ross Shor Lynch on December 29, 1995 in Littleton, Colorado, to Mark Lynch and Stormie Lynch, he was educated at home starting in the fourth grade when he learned to sing and play the guitar and piano. He was in a relationship with actress Courtney Eaton from 2015 to 2017. 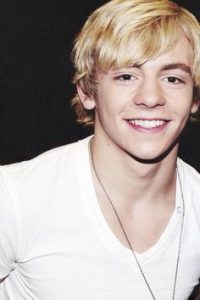 Ross Lynch Facts:
*He moved with his family to Los Angeles in 2007.
*He learned to play guitar while being homeschooled
*His band R5 released the EP Ready Set Rock in 2010.
*His favorite school subjects are English and Art.
*Follow him on Twitter, Facebook and Instagram.