Saboor Ali is a Pakistani actress of television and film. She first gained fame by playing Sanara in the television serial Choti Si Kahani, and played Rimsha in the family drama Mehmoodabad Ki Malkain alongside her sister Sajal Aly. Saboor received further recognition for her role as Rosie in the sitcom Mr. Shamim. She made her film debut with Nabeel Qureshi’s socio-comedy film Actor in Law in 2016. In 2018, she starred in the telefilm Nanu Aur Main. Born on September 18, 1990 in Lahore, Pakistan, she is the sister of actress Sajal Aly. She was educated at Lahore Grammar School and University of the Punjab. She began her acting career playing Sanara on the television serial Choti Si Kahani. 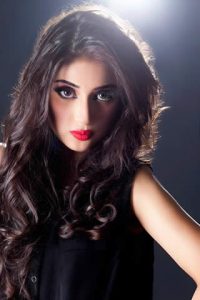 Saboor Ali Facts:
*She was born on September 18, 1990 in Lahore, Pakistan.
*She is the sister of actress Sajal Aly.
*She speaks Urdu, Punjabi and English fluently.
*She made her film debut in the 2016 romantic comedy Actor in Law.
*Follow her on Twitter, Facebook and Instagram.