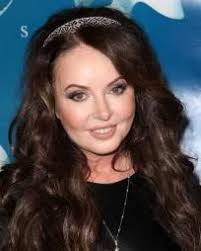 Sarah Brightman is an English classical crossover soprano, singer, songwriter, actress, dancer, and musician who began her career as a member of the dance troupe Hot Gossip and released several disco singles as a solo performer. Brightman played Jemima in the musical Cats by Andrew Lloyd Webber, and originated the role of Christine Daaé Christine in The Phantom of the Opera. She has over 180 gold and platinum awards in 40 countries, and is a concert artist who has performed before millions of fans on every continent. She has also appeared in several films, including Repo! The Genetic Opera, and Stephen Evans’ First Night. In 2010, Brightman was named by Billboard as the 5th most influential and top-selling classical artist of the 2000s decade in the United States. Her duet with the Italian tenor, Andrea Bocelli, Time To Say Goodbye” (1997), topped charts all over Europe and became the highest and fastest selling single of all time in Germany.

Sarah Brightman Facts:
*She was born on August 14, 1960 in Berkhamsted, United Kingdom.
*She is the oldest of six children.
*She began taking dance and piano classes when she was three,
*She made her musical debut in I and Albert when she was 13 years old.
*She is the first artist to have been invited to perform at two Olympic games, first at the 1992 Barcelona Olympic Games and, 16 years later, in Beijing.
*She was married to Andrew Graham Stewart from 1979 to 1983, and Andrew Lloyd Webber from 1984 to 1990.
*She is good friends with Michael Crawford.
*Visit her official website: www.sarahbrightman.com
*Follow her on Twitter, Facebook, YouTube and Instagram.