Sergi Bruguera is a former Spanish professional tennis player who achieved his career’s best ranking on August 1, 1994, which was #3. Turning professional in 1988 at age 17, he won consecutive men’s singles titles at the French Open in 1993 and 1994. He retired in 2002. Born as Sergi Bruguera i Torner on January 16, 1971 in Barcelona, Barcelona, Catalonia, to Luis and Sylvia, he was Spain’s national junior champion in 1987. 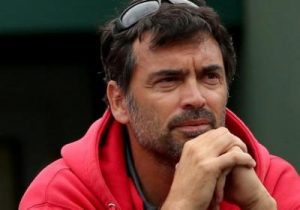 Sergi Bruguera Facts:
*In 1987, he became Spain’s national junior champion.
*He turned professional in 1988, and retired in 2002.
*He is the only player to have a winning record against both Sampras and Federer.
*He is currently the coach of French tennis player Richard Gasquet.