Taryn Manning is an American singer-songwriter, actress, and fashion designer. Manning gained fame by playing Janeane in the hip-hop drama 8 Mile. Her other notable film roles include Hustle & Flow, Crossroads, A Winter Rose and The Vault. She played the role of Mary Ann McGarrett in the 2010 TV series Hawaii Five-0 and had recurring roles in television on Sons of Anarchy. In 2013, she began playing Tiffany “Pennsatucky” Doggett in the comedy-drama series Orange Is the New Black. In 2003, Manning and her brother Kellin formed the pop-rock duo Boomkat and became its lead vocalist. In 2015, she released her debut album, Freedom City, which topped the Dance Club Songs chart. She is also a co-owner of the clothing brand Born Uniqorn. Born on November 6, 1978 in Falls Church, Virginia, USA to parents Sharyn and Bill Manning, her parents divorced when she was just two months old, and along with her brother Kellin, she was raised by her mother. She attended Orange County School of the Arts in Santa Ana, California. In 2001, she landed her first main role as “Maddy” in Crazy/Beautiful. 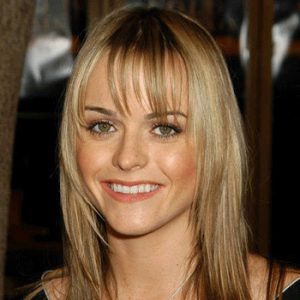 Taryn Manning Facts:
*Born in Falls Church, Virginia, USA, she was raised by her mother in Tucson, Arizona.
*Starting at age 12, Manning began dancing.
*Her father committed suicide when Manning was 14.
*She used to work as a waitress and barista in a coffeehouse to support her family financially.
*She was once the Arizona state karate champion.
*Maxim magazine ranked her #60 on the Hot 100 of 2008 list.
*Visit her official website: www.tarynmanning.com
*Follow her on Twitter, SoundCloud, Facebook and Instagram.