Vanessa Hudgens is an American singer and actress best known for portraying the role of Gabriella Montez in ‘High School Musical’ starting from 2006 and its related sequels in the year 2007 and 2008. Her other movie credits include Bandslam, Beastly, The Frozen Ground, Sucker Punch, Journey 2: The Mysterious Island, Spring Breakers, and Machete Kills. Vanessa started her career at the age of 8 by singing in local theaters and appearing in productions like Cinderella, Carousel and others. She kicked off her music career and released her debut album, V, in 2006. Her next album, Identified, was released July 1, 2008. Born Vanessa Anne Hudgens in Salinas, California, she is the daughter of Greg Hudgens and Gina Guangco. She is of Irish and Native American descent on her father’s side, and of Filipina, Chinese and Spanish descent on her mother’s side. She has a younger sister, Stella Hudgens, who is also an actress. 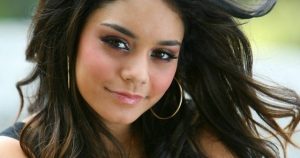 Vanessa Hudgens Facts:
*Her ancestry includes Irish, Native American, Filipina, Chinese, and Spanish.
*All of her grandparents were musicians.
*She had desired to study business in the college.
*She is fond of horror movies.
*She is a big fan of the late Natalie Wood.
*She has a tattoo of a butterfly on her neck.
*She has a toy poodle named Shadow, three turtles, and some fish.
*People magazine named her one of “100 Most Beautiful People in the World” (2008 and 2009).
*FHM ranked her in the top 100 in their list of the sexiest women in the world (2008 and 2009).
*Follow Vanessa on Twitter, Facebook, YouTube, Myspace, and Instagram.