Vincent May is an Irish musician, best known as the drummer of the Dublin-based Irish alternative rock quartet Kodaline, whose debut single “Give Me a Minute” topped the Irish Singles Chart, becoming the first independently released track to achieve the feat. The other members of the group are Steve Garrigan, Mark Prendergast and Jason Boland. Born on February 11, 1990 in Swords, Dublin, Ireland, he has two sisters and a brother. He started playing the drums from the age of 9. In 2017, Vincent married long term girlfriend Carina Elliot. 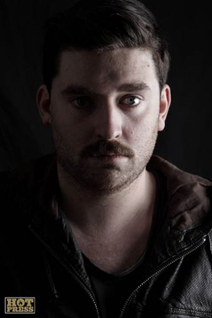 Vincent May Education:
Not available

Vincent May Facts:
*He was born on February 11, 1990 in Swords, Dublin, Ireland.
*He first started drumming when he was nine years old.
*He is the youngest member of the band, Kodaline.
*He is a big fan of Dave Grohl.
*His favorite sport is Rugby.
*Follow him on Twitter, Facebook and Instagram.