Wang Likun is a Chinese actress, singer and dancer. She is best known for the television work on series such as Seven Swordsmen and Beauty’s Rival in Palace. She is also known for film roles in Somewhere Only We Know, Ex-Files, Journey to the West: Conquering the Demons 2, and Love is a Broadway Hit. She won several awards for her work in the film Somewhere Only We Know. As a singer, she released her first single titled Forgive Me in 2012. Born on March 22, 1985 in Chifeng, Inner Mongolia, China, she belongs to Manchu, a Chinese ethnic minority. She studied at the Beijing Dance Academy and graduated in the traditional dance in 2004. She was spotted by Chinese director Tsui Hark, and was cast in her first television series, Seven Swordsmen. In 2017, she began dating fellow Chinese actor Kenny Lin Gengxin. 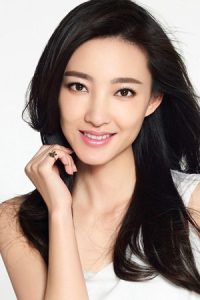 Wang Likun Facts:
*She was born on March 22, 1985 in Chifeng, Inner Mongolia, China.
*She was discovered by Chinese director Tsui Hark.
*She is fluent in Mandarin and English.
*Her hobbies include traveling, playing online games and reading comics.