American professional Latin ballroom dancer and choreographer who first achieved fame in 2012 as a second runner-up in season nine of Fox network’s hit show So You Think You Can Dance. She appeared as a troupe dancer in seasons 16 and 17 of reality television series, Dancing with the Stars. Carson has worked with dancers and choreographers such as Sonya Tayeh, Tyce Diorio, Mark Ballas, Mia Michaels, Nappytabs, Travis Wall, Derek Hough, and Stacey Tookey. Born Witney Capri Carson on October 17, 1993 in American Fork, Utah, to parents Tyler and Jill Johnson-Carson, she is the oldest of four children. She has two brothers named Cade and Jaxon, and a sister named Camry. Carson began her career as a dancer at the age of three. She graduated from American Fork High School in American Fork, Utah in 2012 and attended Utah Valley University. She married to her high school sweetheart Carson McAllister in January 2016. 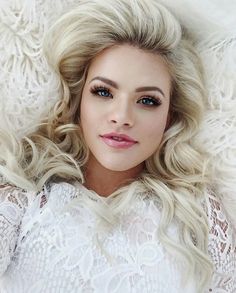 Witney Carson Facts:
*She was born on October 17, 1993 in American Fork, Utah, USA.
*Her parents are Jill Johnson-Carson and Tyler Carson.
*Growing up she trained in ballet, jazz, hip-hop and ballroom dancing, and competed and performed around the world.
*At age 18, she competed on the show So You Think You Can Dance in 2012.
*Visit her official website: www.witneycarson.com
*Follow her on Twitter, Facebook and Instagram.