Actor who was famous for his starring role as Batman in the 1960s hit television series. His other credits include Mars, The Fairly OddParents, The Simpsons, and Family Guy. His career spanned six decades of television, who’s also the figure in the comic book and superhero community. He was born Billy (William) West Anderson in Walla Walla, Washington, to parents Otto West Anderson and Audrey V. Speer. 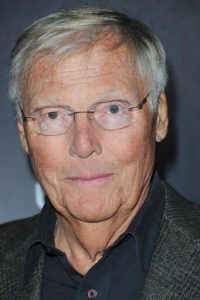 Adam West Facts:
*His father was a charismatic farmer, and his mother was a singer.
*He chose to use his mother’s maiden name as his stage name in 1959.
*He was drafted into the United States Army for 2 years.
*He played water polo, ran track, skied and swam while in Whitman College.
*He was a comic book buff, cowboy buff and movie buff.
*He worked as a milkman, before he was a successful actor.
*His body was cremated, and his ashes were sprinkled into the Pacific Ocean.