Adelaide Kane is an Australian actress. She is best known for television roles as Lolly Allen on Neighbours, Cora Hale on Teen Wolf, Tenaya 7 (later Tenaya 15) on Power Rangers RPM, Mary, Queen of Scots on Reign and Drizella on Once Upon a Time. Kane joined the cast of CBS’s SEAL Team as a guest star in season three in October 2019. Her film credits include The Purge, Blood Punch, The Devil’s Hand, and Goats. Born Adelaide Victoria Kane on August 9, 1990 in Claremont, Western Australia, Australia, she is of Scottish descent on her father’s side, and of Scottish, Irish and French descent on her mother’s side. She has a younger brother named William. Her parents divorced when she was age seven, and Adelaide and her brother were raised by their single mother. She was educated at St Hilda’s Anglican School for Girls. Kane began acting at the age of six, working professionally in some print ads, later moving to TV spots and works in various children’s TV shows. 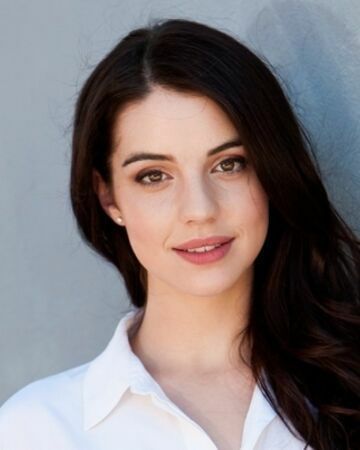 Adelaide Kane Facts:
*She was born on August 9, 1990 in Claremont, Western Australia, Australia.
*Her parents divorced when she was seven years old.
*She started performing at the age of three, starting with dance and then moving to singing and acting.
*In her free time, she enjoys singing and singing lessons.
*She is good friends with Caitlin Stasey, Sianoa Smit-McPhee, and Eliza Taylor.
*She is an avid comic book reader.
*Follow her on Twitter, YouTube, Facebook and Instagram.