English singer-songwriter who signed a contract with record label XL Recordings in September 2006. Adele’s debut album 19 (2008), reached number one on the UK Albums Chart, and her single, “Chasing Pavements”, reached number two on the UK Singles Chart. Her second studio album, 21 (2011), became the biggest selling album of the 21st century. Three of its singles “Rolling in the Deep”, “Someone like You”, and “Set Fire to the Rain”, reached number one on the Billboard Hot 100. Adele’s accolades include nine Brit Awards, an Academy Award, a Golden Globe Award, fifteen Grammy Awards, eighteen Billboard Music Awards, five American Music Awards, and two Ivor Novello Awards for Songwriter of the Year. Born Adele Laurie Blue Adkins on May 5, 1988 in Tottenham, London, to a Welsh father, Marc Evans, and an English mother, Penny Adkins, Adele was raised by a single mother. She graduated from the BRIT School in 2006. In October 2012, she had a son named Angelo. She was married to charity entrepreneur and Old Etonian Simon Konecki from 2017 to 2019. 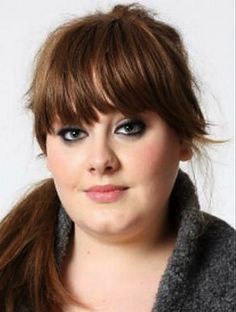 Adele Facts:
*She was born on May 5, 1988 in Tottenham, London, UK.
*Her full name is Adele Laurie Blue Adkins.
*She has a younger paternal half-brother named Cameron.
*She started singing when she was 4 years old.
*In 2007, Adele earned the Brit Awards Critics’ Choice Award and won the BBC Sound of 2008 poll.
*She won the Grammy Award for Best New Artist in 2009.
*She won the Academy Award for Best Original Song for the James Bond theme “Skyfall” in 2013.
*She is influenced by the music of Ella Fitzgerald and Etta James.
*She is good friends with Sid Owen and Ayda Field.
*Visit her official website: www.adele.com
*Follow her on Twitter, YouTube, Facebook and Instagram.