Indian actress, dancer and singer who appears mainly in Hindi, Tamil and Telugu films. Her notable films include “Yeh Saali Zindagi”, “Rockstar”, “Murder 3”, “London, Paris, New York”, “Kaatru Veliyidai”, “Wazir”, “Sammohanam”, and “Padmaavat”. She made her singing debut with her movie London, Paris, New York (2012). Born on October 28 1986 in Hyderabad, India, to parents Vidya Rao and Ehsaan Hydari, her parents separated when she was two years old. She started learning Bharatanatyam at the age of six from the legendary dancer Leela Samson. Hydari attended at A Krishnamurthy Foundation India School and graduated from Lady Shri Ram College, University of Delhi. She debuted as Savithri in the 2006 Malayalam film, Prajapathi. She was married to Satyadeep Mishra, a former Indian Revenue Service Officer and Bollywood and television actor, but the couple separated in 2013. 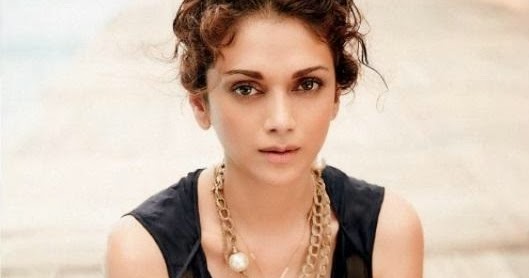 Aditi Rao Hydari Facts:
*She was born on October 28 1986 in Hyderabad, Andhra Pradesh, India.
*Her father was a Bohri Muslim while her mother is a Hindu by birth.
*She is a classical Bharatanatyam dancer.
*She made her film debut in Prajapathi (2006).
*Follow her on Twitter, Facebook and Instagram.