Lukas Forchhammer is a Danish singer-songwriter and actor. He is best known as the lead vocalist of the Danish band, Lukas Graham, whose debut album, Lukas Graham, peaked at number one on the Danish charts. Their second album, Blue Album, earned international attention with singles like “Mama Said” and “7 Years”. As a child, he was cast as Grunk in the first three of the popular Danish movies Krummerne. In addition, he has done voice work in a number of cartoons including Anders in Toy Story 2 and Toy Story 3 and Jacob in Grisling’s Great Adventure. Born Lukas Graham Forchhammer on September 18 1988 in Freetown Christiania, Copenhagen, Denmark, to parents Eva Forchhammer and Eugene Graham, he grew up in a town called Christiania in the center of Copenhagen. He has a younger brother. He joined the Copenhagen Boys Choir when he was eight years old. He has been in a long term relationship with Marie-Louise Schwartz Petersen. Together they have one daughter, Viola Forchhammer. 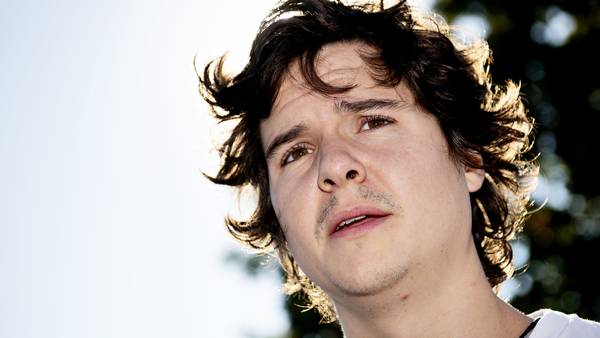 Lukas Forchhammer Facts:
*He was born on September 18 1988 in Freetown Christiania, Copenhagen, Denmark.
*He is of Irish descent on his father’s side. He spent half of his childhood in Ireland in Donegal and Dublin.
*His father died of a heart attack in September 2012, at the age of 61.
*Lead vocalist of Lukas Graham, a Danish soul pop band, alongside drummer Mark Falgren, and bassist Magnus Larsson.
*Visit his band’s official website: www.lukasgraham.com
*Follow him on Twitter, Facebook, YouTube, and Instagram.