Alba Parietti is an Italian actress, showgirl and television presenter who played Aurora in the 1991 comedy film Abbronzatissimi. She co-hosted the Sanremo Music Festival with Pippo Baudo in 1992. Born Alba Antonella Parietti on July 2, 1961 in Turin, Piedmont, Italy, to parents Grazia Dipietromaria and Francesco Parietti, she was raised in Madonna del Pilone. Alba began her career in 1977, appearing in the theatrical play, The Importance of Being Earnest. Her first major role was in the 1983 Italian comedy film Sapore di mare, directed by Carlo Vanzina. She married Franco Oppini in 1981, and the couple had a son named Francesco in 1982 before getting divorced in 1990. 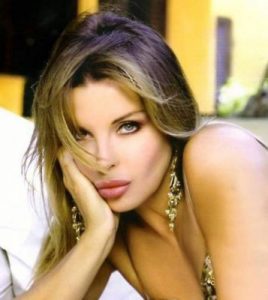 Alba Parietti Facts:
*She was born on July 2, 1961 in Turin, Piedmont, Italy.
*Her birth name is Alba Antonella Parietti.
*She started her career in 1977.
*From 2010 to 2014 she had a relationship with Cristiano De André.
*Follow her on Facebook and Instagram.