Aleksandr Khachatryan is an Armenian actor, best known for his role in the Armenian romantic drama television series, The Leaders. He also starred in American history. In film, he is known for the movies An Apple Garden, Baghdasar divorces from His Wife, At the bottom, and Hollywood Confidential. Born on November 7, 1947 in Yerevan, Armenian SSR, USSR, he is fluent in Armenian and Russian. He is married to Alis Kaplandjyan. 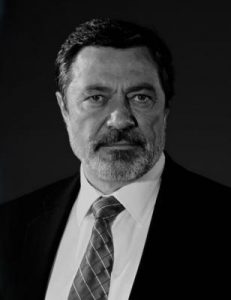 Aleksandr Khachatryan Facts:
*He was born on November 7, 1947 in Yerevan, Armenian SSR, USSR.
*He has appeared in many films of Film studios of the Soviet Union.
*He speaks Armenian and Russian.