Russian model and beauty pageant titleholder who appeared in the Miss Russia 2012 beauty pageant of Russia and was crowned Vice Miss Russia. Shishkova has modeled for glamour photo shoots with Russian men’s magazine Maxim, commercial advertising campaigns and walked at fashion shows. She appeared in the 2013 Mercedes-Benz Fashion Week. Shishkova was also featured in the song video of “One Night in Dubai” of Arash (singer). 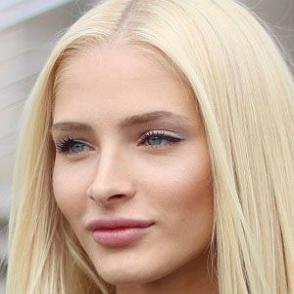 Alena Shishkova Facts:
*She was born on November 12, 1992 in Tyumen, Russia to Nadezhda and Alex Shishkov.
*She began her modeling career at the age of thirteen.
*She won the title “Miss Sunshine” in 2009.
*She walked the catwalk for designer Olesya Malinskaya at Mercedes-Benz Fashion Week 2013.
*Telegram featured Alena in its promotional screenshots of the app under the pseudonym Alena Shy in 2017.
*She was in a relationship with Russian hip hop artist Timati, with whom she has a daughter named Alice.
*In 2017, Shishkova began dating Pavel Durov.
*Follow her on Twitter, Facebook and Instagram.