Alex Fitzalan is an Australian actor who became known for his role as Tom in the 2018 horror film Slender Man. He later starred as Harry Bingham in the hit Netflix series The Society. Fitzalan has also appeared in 50 States of Fright, Wandering Soul, The Get, and Crash & Burn. 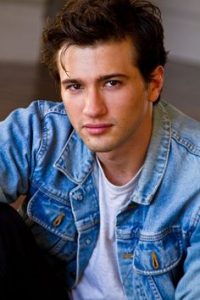 Alex Fitzalan Education:
He graduated from high school in 2014.

Alex Fitzalan Facts:
*He was born on April 26, 1996 in Brisbane, Australia.
*His mother is a housewife and his father is a government employee.
*He played Tom in the 2018 horror film Slender Man.
*Follow him on Twitter and Instagram.