April Bowlby is an American actress and model. She is best known for starring as Kandi on the CBS comedy series Two and a Half Men, Stacy Barrett on Drop Dead Diva, and Rita Farr on Titans and Doom Patrol. She guest-starred in a 2010 episode of Psych titled “Dead Bear Walking.” Born April Michelle Bowlby on ‎July 30, 1980 in Vallejo, California, she moved to Manteca, California, as a child. Bowlby attended East Union High School, and studied ballet, French, and marine biology at Moorpark College. 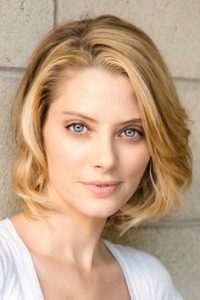 April Bowlby Facts:
*She was born on ‎July 30, 1980 in Vallejo, California, USA.
*She studied ballet, French, and Marine Biology while she attended Moorpark College.
*She played the role of Kandi on the television series Two and a Half Men from 2005 until 2015.
*Her hobbies include bicycling, boxing and reading.
*Follow her on Twitter and Instagram.