Alexa Havins is an American film and television actress, best known for her role as Babe Carey Chandler on the soap opera All My Children. She is also known for her starring role as Sarah in the television Series Turbo Dates, and as Esther Drummond in the British science fiction television series Torchwood. She has also appeared in the films Brooklyn Rules, 27 Dresses, Hancock, Old Dogs, When in Rome and Proxy. Alexa was born Alexa Carole Havins on November 16, 1980 in Artesia, New Mexico, USA. She grew up in Chandler, Arizona, and attended Chandler High School. Since June 5, 2005, she has been married to Justin Bruening. Together they have one daughter, Lexington Grace Bruening. 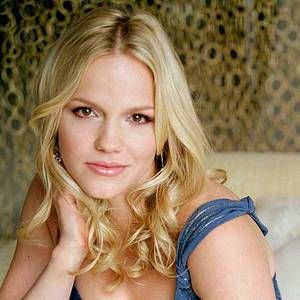 Alexa Havins Facts:
*She was born in New Mexico and grew up in Chandler, Arizona.
*Her childhood nickname was the ‘Ice Maiden’ because she was ‘deathly shy’.
*She began dancing since she was child.
*She focused her attention on the art of acting, after years of professional dancing.