Aleyna Tilki is a Turkish singer who rose to prominence after the release of her song “Cevapsız Çınlama” along with its music video, which has more than 461 million views on YouTube. It is considered the most viewed Turkish music video on YouTube. The song reached at #2 on the Turkey’s Trending List. Tilki’s first solo single “Sen Olsan Bari” peaked at number 1 in Turkey’s charts. She won the “Best Breakthrough Singer” award at the Golden Butterfly Award Ceremony in 2017. She made her directorial debut in 2018 in Aleyna Tilki Feat. Emrah Karaduman – Yalniz Çiçek. Born on March 28, 2000 in Konya, Turkey, to parents Havva and Mehmet Tilki, she has a younger sister named Ayca. Tilki began singing at the age of three and made her first television appearance when she was 8 years old. She was a semi-finalist on the sixth season of Yetenek Sizsiniz Turkiye (Turkish version of the Got Talent series). 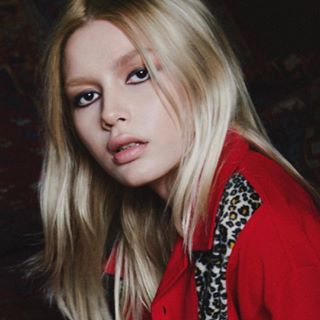 Aleyna Tilki Facts:
*She was born on March 28, 2000 in Konya, Turkey.
*Her father is Russian and her mother is Turkish.
*She started singing at the age of 3.
*She enjoys theater, volleyball and dance.
*She is close friends with Aynur Aydin.
*In November 2017, she temporarily left Turkey to complete the language training and settled in Los Angeles.
*Visit her official website: www.aleynatilki.com.tr
*Follow her on Twitter, Facebook and Instagram.