Jake Quickenden is a British singer and reality television personality who was a contestant on the ninth and eleventh series of The X Factor in 2012 and 2014. In 2014, he competed in the fourteenth series of I’m a Celebrity…Get Me Out of Here!, where he finished in second place. On 11 March 2018, Jake won the tenth series of Dancing on Ice, where he was partnered with professional German figure skater Vanessa Bauer. Born Jacob Quickenden on September 3, 1988 in Scunthorpe, Lincolnshire, England, to parents Lisa and Paul Quickenden, he has two brothers, Oliver and Adam. Jake began his football career as a youth player for Scunthorpe United but suffered a broken leg, ending his chances with his hometown club. He began his media career by appearing on the talent show The X Factor. In 2014, Jake began dating Carl Fogarty’s daughter, Danielle. 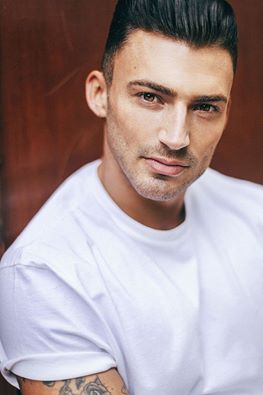 Jake Quickenden Facts:
*He was born on September 3, 1988 in Scunthorpe, Lincolnshire, England, UK.
*He played football for the Scunthorpe under-16s.
*He worked as a presenter on the Chart Show TV channel
*He won the 10th series of Dancing on Ice.
*He was a lifeguard in his home town of Scunthorpe, alongside a career as semi-pro footballer.
*Follow him on Twitter, Facebook and Instagram.